My books have a contrarian flavor: profiles of innovative, maverick scientists in the Soviet Bloc (Communist Entrepreneurs: Unknown Innovators) when the popular view was one of technological incompetence in the communist world; Muslim-Christian harmony (Monks of Tibhirine: Faith Love and Terror in Algeria) when people were touting irreconcilable differences between Islam and the West, and now Commander of the Faithful: A Story of True Jihad. Abd el-Kader was a warrior, statesman, scholar who combined deep religious faith with chivalrous humanism and intellectual openness that made him a hero in both the East and West. Commander of the Faithful is the third book of an Abrahamic trilogy that began unwittingly with Stefan Zweig: Death of a Modern Man.

Thinking back, I have realized that my last three books have a common thread. Indirectly, they are about struggle and the role of faith in guiding and sustaining people in desperate times. The stories have moved me from being an agnostic to a believer in the omnipresence of divine wisdom—accessible if our antennas are tuned, and requiring ceaseless effort.

Of all God’s creatures, I find pigs among the most appealing..being my closest relative in the animal world, and having provided me with a new aortic valve to extend my writing career. My next book will be “Pigs Are Us.” Commander of the Faithful (Monkfish Books)

“On February 5, 1848, a short, stocky forty-one-year-old general of the French Army of Africa took the podium before the Chamber of Deputies in Paris to defend his actions. Less than two months earlier, he had taken into his custody the man who had been France’s most elusive and dangerous enemy for fifteen years: The Commander of the Faithful, Emir Abd el-Kader. Despite the astonishing military accomplishment his surrender represented, the terms of the emir’s capitulation had produced a storm of indignation and criticism in Paris.” 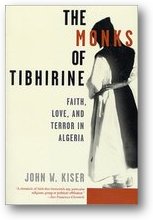 Christians Who Give Their Lives for Muslims

“The normally reserved Duval angrily berated the abbot general for abandoning the church in Algeria, which had just suffered a massive hemorrhage. ‘The monastery is very important to us. It is our only mission devoted to contemplation. Muslims attach great importance to prayer. The Koran singles out monks as especially worthy of respect and their presence increases the prestige of our Church in their eyes. It is equally important for Christians to have a place of retreat for contemplation, prayer, and rejuvenation. Our community is already demoralized and embattled. Please reconsider.” “I am especially thankful to John Kiser for his important, thoughtful, and often original contributions, which are reflected across the first two chapters and several toward the end dealing with organic suasion, the paradigm, and spiritual engagement. The book particularly benefited from John's uncanny aptitude for linking the spiritual and the mundane and for connecting dots that might prove elusive to others. Finally, his familiarity with Robert Coram's biography of John Boyd led to a framework that accommodated both the practical and more philosophical components of the contents. John's substantive and literary contributions to this effort were significant indeed.” 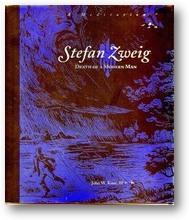 “Biography is a form of autobiography. Subjects who repel may reveal more about an author than ones that attract. Joseph Fouché and Honoré de Balzac were part of the yin and yang of Zweig’s character. Struggling for equilibrium between the opposing forces of pessimism and optimism, Zweig’s makeup could have used more parts of Balzac and fewer parts Fouché...”
“No floater in the thin air of intellectual brotherhood, for Balzac, society presented an ongoing, dirty war for power, wealth, and position; human nature was ‘red tooth and claw.’ He believed that only the strict moral authority of the Catholic church and iron political discipline could stem the greedfest of bourgeois society, the disorder of push and shove that he witnessed.” 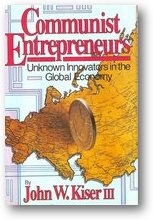 Maverick Innovators within the Evil Empire

“‘He’s an innovator who does not follow orders. He does things his own way,’ says Sergei Rogov, of the USA and Canada Institute in Moscow, who has studied Kabaidze’s career. Beginning with contravening the plan for the new Ivanovo plant he was chosen to direct in 1970, Kabaidze systematically ignored the nostrums of the planning system...”
“Kabaidze’s respect for youth is more than a matter of a person’s years. Young people can be old, and old people can be young. Youthfulness is an attitude—an attitude of innocence, enthusiasm, and not knowing what can’t be done. Nostalgia for ‘the way it was’ is a sure sign of mental aging and, at Ivanovo, unfitness for responsibility.”

How did you come to write this book? What drew you to the story?

The book would not have been written if I had not spent a sabbatical year with my family in the south of France from 1994 to1995. While I was there, I was exposed to the tensions caused by France’s historical relationship with Algeria and the problems of accepting Muslims in French society, which is much more secular than ours. I also joined a local Christian-Muslim discussion group at the parish. I was amazed at the amount of mutual ignorance, despite France’s long connection with Algeria.

I was drawn to the story because for me it represented a great adventure, one that was both spiritual and political. Through this story I wanted to understand how it is that religion can be a force for so much good and for so much evil in the world. Through the monks, I wanted to share in an expression of the Christian faith that I found very appealing — what I consider a real Christianity of truly universal, brotherly love, where it was lived, not preached, and where its practice by members of the Church was viewed simply as a sign of God’ s love for Muslims and for all people of good will. At the same time, I wanted to gain insights into the Muslim world and the religion of Islam, seen through the eyes of sympathetic Christians. Politically, I wanted to understand the violence occurring in Algeria, which appears to be a microcosm of the conflicts within in the larger Muslim world.

Also, I went to a boarding school where for six years I lived in conditions that today would be considered monastic. It was a good place for me to have spent those years and may explain my vague but long-standing interest in monks.

What were Trappist monks doing in a Muslim country in the first place?

Their presence, like that of all the other Christians in Algeria, is a legacy of the French colonization of Algeria. After the war of independence ended in 1962, some French and people of other nationalities who had been sympathetic to the Algerians’ desire for self-determination remained in the country. The Church had a dual role: to serve the needs of Muslims through good works by running schools and hospitals and caring for the aged, and to minister to the remaining Europeans. In a Muslim country, Christians must show the reality of their faith through their works and their sincere piety. Prayer is very important in the Muslim faith as a way of showing humility and gratitude towards our Creator. That’s why the presence of the monks was so important historically. They were first brought to Algeria in the early part of the French occupation in 19th century to show Muslims that the French were not all atheists. The Muslims had been shocked by the absence of outward signs that the French were believers.

Why did the monks stay on despite warnings to leave by both the French and Algerian governments?

They stayed on for the same reason a mother or a nurse exposes herself to danger to take care of a child with TB or cholera. As Trappists, they had taken vows of stability and poverty. Trappists commit themselves to stay with their chosen community. They had developed strong bonds of friendship and trust towards their Muslim neighbors who reciprocated that friendship. That meant sharing in their suffering and insecurity, which was no less than that of the monks. Muslims, not Christians, were the main targets of the armed militants. There was a strong sense of solidarity that would have been broken if they had hightailed it to a safe place when their neighbors did not have that option.

What relevance does the story have for post-Sept. 11?

It reminds us that just as the Algerian government was seen as an ersatz French power by the militants opposing it, so today the U.S.A is seen by many militants as a kind of indirect colonial power supporting governments that are often arbitrary and oppressive. Al-Qaeda and the Iraqi insurgency are following the Bush doctrine: The friend of my enemy is my enemy.

The story of the monks also demonstrates the need to maintain a very differentiated picture of Islam and of Muslims. There are as many different kinds of Muslims, just as there are different kinds of Christians. And to remember that violence does not just happen. It is a fever rooted in a sick, festering, societal situation that has been ignored. Islamic political violence is a form of desperation in the face of injustice or the hypocrisy of the governments, which have become insufferable to certain elements in society.

Sept.11 is also a reminder of what dangerous weapons holy scriptures are in the hands of those full of anger and hatred, and whose leaders manipulate scripture as an a la carte menu to serve political purposes. They can often skillfully convert the anger of the poorly instructed (in religion) into an expression of holy righteousness. St. Benedictine warns his monks of “the zeal of bitterness” that leads to Hell.

What do you think we can learn from the monks in this story?

The importance of controlling our passions, especially anger, and not letting our passions turn into raging hatred. And to remember that more than anything else, terrorists are angry people. The means they use show that they typically belong to the weak, marginalized elements of a society.

Why were the monks killed?

The first question is: Why were they kidnapped in the first place? I present many theories, but I don’t know the answer nor does anyone I have spoken with. I do believe their captors had to make good their threat to kill their hostages if the French didn’t do certain things in a timely manner. The captors had negotiated an exchange of monks for prisoners through unofficial French channels under the auspices of the French Interior Minister. When the official machinery of government security took over the negotiations and things didn’t happen on schedule, the terrorists assumed bad faith.

How dangerous is Algeria today? Did you go and visit the monastery?

Yes, several times since 1999. I don’t think it’s dangerous for the average person, especially for visitors like myself passing through, if they follow the advice of the locals. Don’t drive on remote country roads. Avoid certain areas. Get home before dark. When I was in Algiers, Oran and Mascara , I had no sense of danger. People were quite relaxed and life seemed pretty normal.

What have you personally taken away from this story?